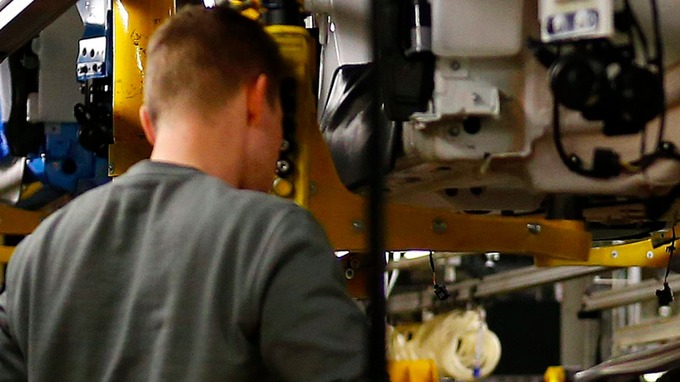 A flagship youth job creation scheme run by the Welsh Government is cutting the support it offers to firms by half.

Jobs Growth Wales (JGW) used to offer 100% subsidy for firms to employ people aged between 16-24, but its website now says it is offering just half.

Economy Secretary Ken Skates said market conditions had improved, adding that a new scheme for all ages was being created.

Welsh Conservatives claimed the move made “no sense”.

The scheme, which is part-funded with EU money, was launched in 2012 and helps cover the cost of the national minimum wage for an employee. Further funding of £25m was agreed for JGW last year.

The change – which the JGW Facebook page suggests took effect on 1 August – follows a report in July which recommended ministers look at cutting the subsidy.

Mr Skates said: “We’ve seen remarkable economic improvements in Wales, so we’ve adjusted the programme accordingly to make sure there is still the growth in employment opportunities for young people.

“But we’ve also responded to market conditions which have improved since Jobs Growth Wales was first designed.

“So we have been pragmatic in our approach but what we are doing is creating… an all age employability programme that will give anybody who faces unemployment an opportunity to gain skilled employment.”

A Welsh Government spokesman confirmed plans for a single support programme in place of JGW, ReAct and Traineeships “that will better meet the needs of those requiring support to gain, retain and progress within work”.

Tory economy spokesman Russell George said it was “appalling” that the Welsh Government decided to cut the subsidy to firms “without having the courtesy to inform the public or elected members”.

He called the move a “profound change… which will undoubtedly affect take-up”, adding: “One minute the economy is in grave danger because of Brexit, now we’re told a 50% cut to their flagship job creation scheme is necessary because firms are doing too well.”

“It makes no sense.”

Plaid Cymru MP Jonathan Edwards said: “Jobs Growth Wales has been marred by flaws from the beginning – from cancellation to a confused relaunch to questionable success rates.

“This latest development, snuck out by Labour in their usual scrutiny-shy fashion, shows their ineptitude when it comes to forming and implementing an effective programme for tackling unemployment and helping Welsh businesses grow.”